Portraits bind friends, family, and lovers together across distance and time.  Portraits are a constant presence.  Portraits make instant and enduring statements, either personal or professional.  Good portraits capture personality or character, bring smiles, invoke memories, and put a face on business and promotion.  Portraits make cherished gifts.  And FX can add drama to ordinary shots, while restorations give new life to old portraits of cherished family, and remembrance, bringing them closer when incorporated into memorial-service DVD presentations and display prints at services and related gatherings.

The original of the image above is a 1947, 2x3-inch photo-booth print, and the restoration produced high-quality, 8˝x11 prints.  This is one of many before-and-after shots of images that I have photo-copied, restored and enhanced.  Since I do not run an “office bright” monitor, it may appear that some of the improvements are just a matter of increasing the level (brightness/contrast), but if you increase the level of the dark originals yourself, you will then see that the level is only the beginning of the problems, which include color corrections and removal of noise and other flaws, some of which are not apparent in the reduced sizes shown in these before-afters, and the application of digital “make-up” to reduce wrinkles and irregularities of skin tone, as well as sharpening and restorative painting.

In the images above and below (the originals scanned from medium-format 645 film) the most obvious enhancement is the digital “make-up” which has been applied in several ways to reduce wrinkling and flab around the jaw/neck line.  In the image above (right), the jawline was trimmed and repainted, while below, it was altered further by moving hair segments to cover portions of the modified areas.

And below, the enhanced image has been FXed with a combination of overlay and distortion to create a surrealistic perspective on the model’s beauty.

The original of the image above (left) is an early 1960’s, 3˝x5-inch print, in which the colors are so severly faded as to be unrecoverable, so after enhancements to remove stains, scratches, sharpen the image and improve contrast, it was finalized in both a sable monotone and B&W to produce quality, full-screen, digital images of the wonderful couple for wallpaper/screensaver/TV use and 5x7-inch prints.

The original of the image above (left) of talented actor/dancer Summer Glau is not only level (brightness) set for a very bright monitor with flat dynamic latitude, it also has cross-hatch artifacts throughout, from poor scan, which resembles a broad-weave canvas effect that I actually like, except on Summer’s face and skin.  Adjusting the levels and dynamic range was the first step, followed by color correction, spot removals, and then the more difficult aspect of reducing the cross-hatching on Summer while also preserving sufficient image detail.

The original of the image above (left) was submitted for finishing to be incorporated into a business profile.  Since this is not an entertainment-marketing purpose, the finished image needs to be basically more true to the business woman’s actual appearance, though even with magazine covers for stars, I do not find heavy air-brushing away of wrinkles and skin texture or flaws to be appealing because when done, the image looks false.  I prefer to remove temporary flaws, as cuts, bruises, blemishes, and flare-ups, while reducing other distracting, permanent features to minimize their impact on the whole image.  In this image, only subtle changes to reduce the glare of the lighting and diminish wrinkles (digital makeup) were necessary to produce a beautiful picture that would still be representative of the person when greeted by the live, real-time eye, which, except for artists, is not as critically observant of such minor, detailed features in person as when viewing a photograph.

The biggest problem with this classic Hollywood headshot of Tuesday Weld was an extensive amount of artifacts and flaws in the skin, seen in this reduced-size image as white and dark spots, most visible in the shaded areas where there are rapid changes in tonality.  Adjustments to levels, dynamic range, and removal of spots and scratches also was required.

This portrait of Sigourney Weaver, taken by the late, Thomas Patrick John Anson, 5th Earl of Lichfield, professionally known as Patrick Lichfield, is among the greatest photo portraits ever published and is my uncontested favorite.  Everything works, from subject, to pose, to background, to costume, to lighting and composition.  It has simplicity that is so difficult to manage, especially when working with black-on-black on a full-latitude subject.  The original portrait (shown inset, enhanced version) is cropped to make it into a head shot and better show details on Ms. Weaver’s face and hair.

In the original, the use of make-up is minimal, and Ms. Weaver could be naked except for the gloves, though other images from the shoot reveal that she is attired in a dark, low-cut dress with the shoulder straps pulled down, though, at least for one image, the entire top is lowered for a nude pose, modesty preserved by placement of her arms.  It is a great effect, and the lack of jewelry to detract from the implied, naked presence of the background-isolated subject, or to compete against the pearls in the gloves which, with the pose of the arms and hands, create a wonderful frame for the face, the pearls complementing the tone of the Ms Weaver’s skin, was a masterful choice that reveals Lichfield’s artist’s eye.

All available scans of the image are level-set for a very bright monitor, so the first step was to increase the levels.  This step alone is not enough to make a great portrait, for the web or to print, and hopefully the dynamic range of the image was adjusted for book publication as I next did, to bring out details in the hair and gloves.  These areas also required many separate burning passes to bring up the level of shadow details, and dodging to reduce levels of areas that were visible in the original size as coming through on the background (pixel interpolation, which occurs on image-size reduction, often eliminates subtle, adjacent shades as well as smaller spots and artifacts, accounting for the pure background in this reduced original).  Next came color correction (elimination of a subtle, green cast in my original), and finally, the digital make-up, where there was nothing to be removed, but the shadows around the eyes and wrinkles around the eyes and neck were reduced, as well as blending various skin areas to restore their continuous tone.  The result is a superb portrait, where the subject is everything, revealed in her being and beauty, composed and posed to bring the focus to her eyes, leaping from the frame in confrontation with the viewer, be it an admiring human or a ravenous, murdering, hive of  aliens.

If you would like to have your very own copy of the richly toned, B&W, 8˝x11-inch or 13x19-inch custom-edited print of the full image of the Alien tamer shown in the inset, available nowhere else, please e-mail photographer@silkscape.com (click this link) to find out about getting yours.

Below are more examples of before-after, color and special-effect applications to images:

FX turns a face in a conventional pose, above, into the fantasy setting, below.

Fees are based upon time-estimates for work to be done.  Digital images can be e-mailed or prints mailed for enhancement, FX work, or restoration.  If you can have your prints quality scanned and e-mail the digitized images you’ll save on costs of mailing and photocopying.

Restore your photos and order your slide-show CD with confidence. 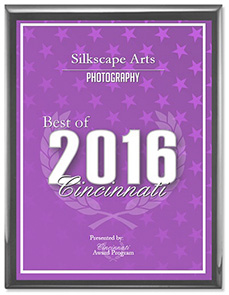 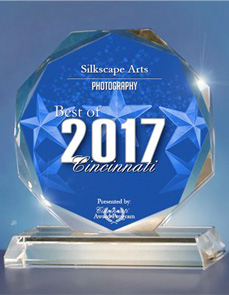